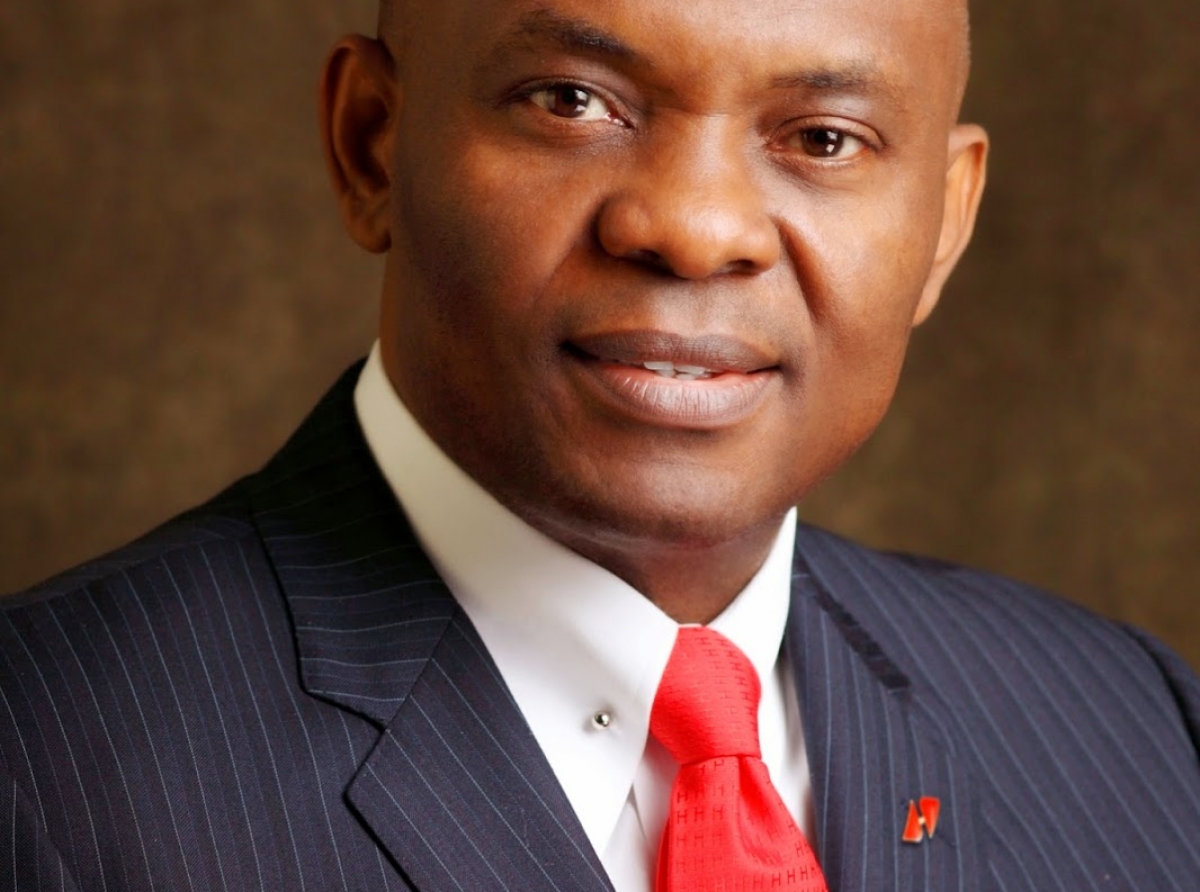 The Kingdom of Belgium has conferred the honorary distinction of Officer in the Order of Leopold, the country’s oldest and most important National Honour, on Africa’s leading investor and philanthropist, Tony O. Elumelu, CON, in recognition of his commitment to poverty eradication and the economic empowerment of young Africans.

The Ambassador of Belgium to Nigeria, H.E. Ambassador Daniel Bertrand, presented the royal decoration on Sunday, November 15 – the Belgian King’s Day and a symbolic national day of celebration, at the Belgian House in Abuja, with public and private sector leaders witnessing the ceremony.

Mr Elumelu has been responsible for initiatives creating millions of jobs and employment for young Africans across the continent, through his philanthropy, The Tony Elumelu Foundation (TEF).  The Foundation’s flagship intervention, the TEF Entrepreneurship Programme, is a 10-year, US$100 million commitment to identify, train, mentor, and fund 10,000 young African entrepreneurs across 54 African countries.  Over 9,600 young Africans are current beneficiaries, just six years since its inception.  In addition to its own significant programme, the Foundation partners with institutions such as the United Nations Development Programme (UNDP) and the International Committee of the Red Cross (ICRC), to bring its proven methodology to an even broader universe.  Mr Elumelu believes that youth entrepreneurship has the potential to tackle global challenges such as forced migration, poverty, and hunger.

Mr Elumelu’s concept of Africapitalism is redefining national development, making the case for the critical role that the private sector must play in transforming Africa.  Mr Elumelu’s businesses are present in 20 African countries and key international markets, with over 30,000 people in employment   His investments span power, financial services, healthcare, energy, technology, hospitality, and real estate.

Mr Elumelu chairs family-owned African investment company, Heirs Holdings; pan-African financial services group, the United Bank for Africa (UBA), which operates across Africa, the United Kingdom, France and the only African bank with a commercial deposit taking licence in the United States, and Nigeria’s largest quoted conglomerate, Transcorp, whose subsidiaries include Transcorp Power, one of the leading generators of electricity in Nigeria and Transcorp Hotels Plc, Nigeria’s foremost hospitality brand.

Boss Mustapha, Secretary to the Government of the Federation (SGF), who was at the event, said: “Your Excellency Ambassador Daniel Bertrand, Ambassador of Belgium, let me, on behalf of the Federal Government of Nigeria, express our deepest appreciation to the King and Queen of Belgium for recognising the wonderful work of Mr. Tony Elumelu and what he is doing in our nation and on the continent of Africa by prioritising the empowerment of our youth”.

Commenting further, he said: “Mr. Elumelu, I listened to your priorities, which include; eradicating poverty, creating jobs and improving access to electricity and I can assure you that this was the motivation of President Muhammadu Buhari when he spoke about lifting 100 million Nigerians out of poverty in the next 10 years.  When we identify somebody in the private sector who believes in that core mandate, the government has no option but to continue to support your endeavours, and I can assure you that on behalf of the President, you will continue to receive it.  Mustapha concluded, “As Nigerians, we stand here today very proud of the excellent work Mr Elumelu has done in Nigeria and on our continent and we ask him to do more”.

Earlier in 2019, Tony Elumelu was conferred with the National Productivity Merit Award in Nigeria and in 2020, he featured in the Time 100 most influential people in the world.