Ogun State Governor, Prince Dapo Abiodun, has appointed Olamilekan Moshood Agbelesebioba, popularly known as LAYCON, winner of the just concluded Big Brother Naija, as the Youth Ambassador of the State.
Governor Abiodun who made the announcement when he played host to LAYCON, in his office at Oke-Mosan, Abeokuta, also gave Laycon a three-bedroom bungalow and five million naira only.
Abiodun expressed the hope that his good character, excellence, good virtues, calmness, integrity, would serve as a model to youth in the State.
"It is hoped that you will help inspire our teeming youths to channel their energies towards positive engagements and shun vices such as robbery, drug abuse, cultism, advanced fee fraud, cybercrimes and kidnapping amongst other negative tendencies”, he said.
He described LAYCON's conduct in the House as a demonstrating the Omoluabi component, the primary ingredient of an Ogun State born Nigerian, observing that despite all the odds, temptations and provocations, he was able to come out unscathed and uninvolved in any scandal or immoral act.
"You have also demonstrated with the way you carried out your assigned tasks in the House with comportment; intellectual responses to questions and; your spirit of fair-play, that your academic achievement at the University of Lagos was earned. This has also shown that our Universities can and still produce graduates that are found worthy in character and good learning.
"Indeed, what we are celebrating today is much more than the entertainment that the House provided, but what you represent: a rare combination of prodigious intellect, academic excellence, multi-faceted talents, character and resilience. I believe, your career will draw inspiration from great sons and daughters of Ogun State who have made their mark in their choosen careers", he added.
The Governor said he was impressed with LAYCON's display while in the House, admonished parents and guardians to help in nurturing individual talents of their children and wards to enable them be useful to themselves and the society in the future.
Parents and guardians, the Governor opined, should realize that there was life outside the four walls of classrooms, as entertainers are also successful men and women who are contributing to national development.
Governor Abiodun noted that his administration would continue to unleash the creative energies of the youth and the generality of the people as innovators, academic, researchers, entertainers, creative artists in the public or private sector, formal or non-formal, in and outside Ogun State, for the continued development of the State, and Nigeria as a whole.
To achieve this, Prince Abiodun revealed that plans are at advanced stage to build an Entertainment Village for film makers, artists and musicians where their skills could be nurtured with added value for our socio-economic development.
An excited Laycon praised the Governor for his youth-oriented programmes and promised to work with him to ensure that the “Building Our Future Together” Agenda of his government is successful. 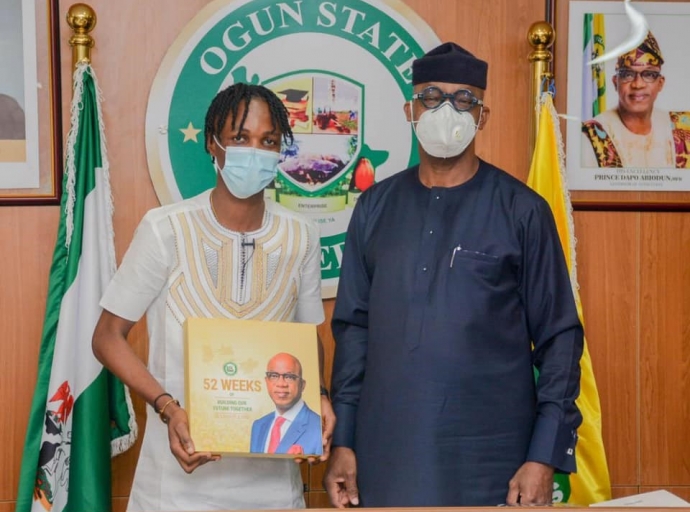 Fuji Lord, Wasiu Olasunkanmi Marshal, popularly known as K1 de Ultimate,  has denied reports making the rounds that he  beats up broadcaster, Wole Sorunke, who is more known on Radio as MC Murphy at the 60th birthday party of Oba Abdulfatai Akamo,  the Olu of Itori in  Ewekoro,  Ogun State, last Thursday evening. Surprisingly, broadcasters under the aegis of Freelance and Independent Broadcasters Association of Nigeria,(FIBAN), had  a press conference, on Friday, alleging  that the Fuji super star  beat up the broadcaster at the party. The FIBAN had also called on the Alaafin of Oyo,  to strip the musician off his 'Mayegun of Yorubaland' title,  for the alleged offence.

The FIBAN had claimed that K1 allegedly disrupted the party, which had some prominent persons in attendance, when "he and his boys brutalised, harassed and humiliated the FIBAN member over what they called a minor issue."

In a statement on Saturday, the spokesperson of the K1 organisation,  Kunle Rasheed said the event painted by Sorunke and FIBAN is far from the truth.  Mr. Rasheed said,  "it is unfortunate that Mr.  Sorunke and FIBAN are seriously looking for ways to malign King Wasiu Olasunkanmi Marshal who did not in anyway deserve that from them." "K1 was never involved in any violence at that party.  Indeed,  many followed K1's performance live through the social media that day and so it became a  great  wonder the  point this monumental violence took place that the live cameras did not capture it". If indeed there was a fracas we are maintaining that it has nothing to do with K1 and his stage where he performed . It was believed that the radio presenter had  issues with people at the party and because he is known to K1, he  rescued him and took him to his stage away from the scene of the incident. How then can this amount to beating up the broadcaster, when indeed he saved him that fateful evening. This can be coroborrated by people present at the occasion. "For the avoidance of doubt, K1’s title,  'Mayegun of Yorubaland", is a solid statement that the man stands for peace. Anything that happened to him (Sorunke) has nothing to do with Alhaji (K1)", he concluded. 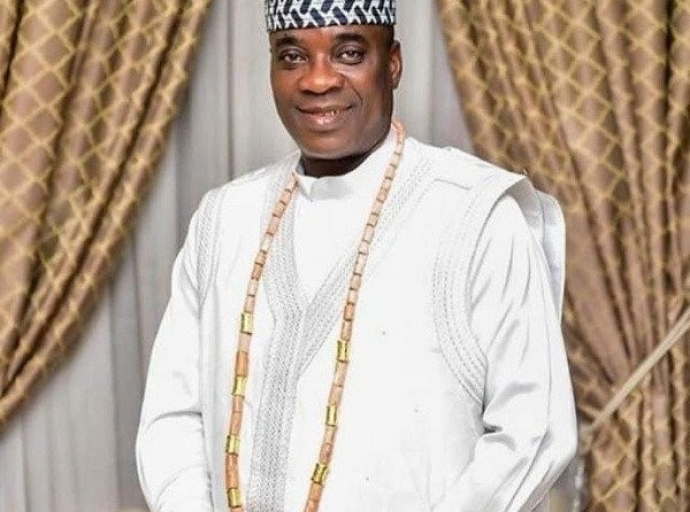 As you read this, Oladapo Oyebanjo aka D’Banj,is heaving a sigh of relief. Seyitan Babatayo, the lady,who accused musician of rape,has withdrawn her petition. 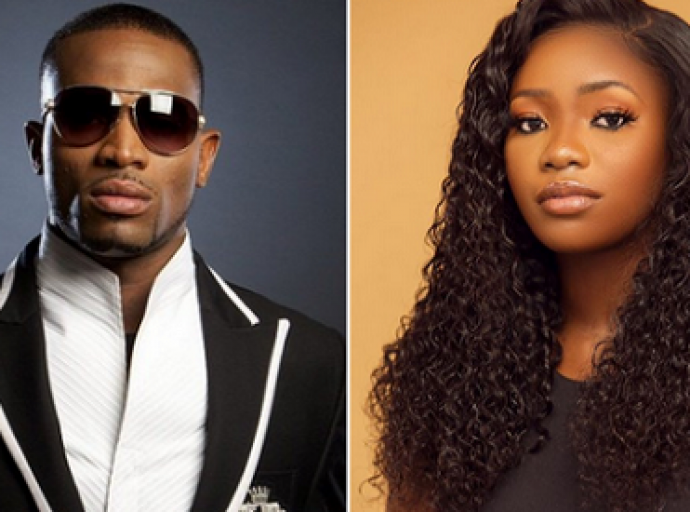 Oladunjoye, a former Chairman of Ijebu East Local Government and current Publicity Secretary of the All Progressives Congress (APC) in Ogun State, informed that the matter has been resolved.

“Eminent people have intervened on both sides, so the details is that the matter has been resolved, he added.

On the allegation that the Freelance and Independent Broadcasters Association of Nigeria (FIBAN) was abused by someone close to K1, Oladunjoye said:“that cannot be attached to K1. I have been in touch with K1, MC Murphy, President of FIBAN and the Olu of Itori. It will be very wrong to credit a comment to K1 when the commentator was not speaking for K1, even the medium that interviewed the commentator neitherreferred to him, nor introduced him as a representative of K1.”

“It is normal that when disagreement like this occurs, some people will want it resolved quickly, some will want to escalate it for ulterior motives, but the most important thing is that in this particular incident, it has been resolved. K1 and Mc Murphy have come from a long way, not even the latest incident, or so-calledsympathisersor supporters on either side could put them apart,” Oladunnoye explained.

“The matter has been resolved, and it stands resolved.”, Oladunjoye concluded. 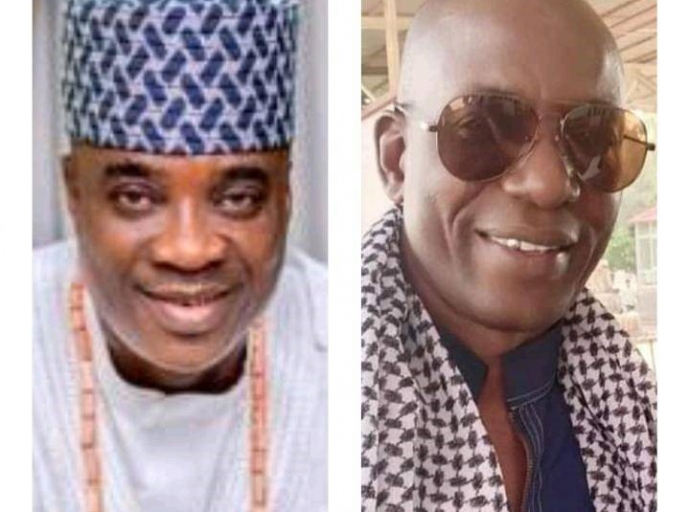