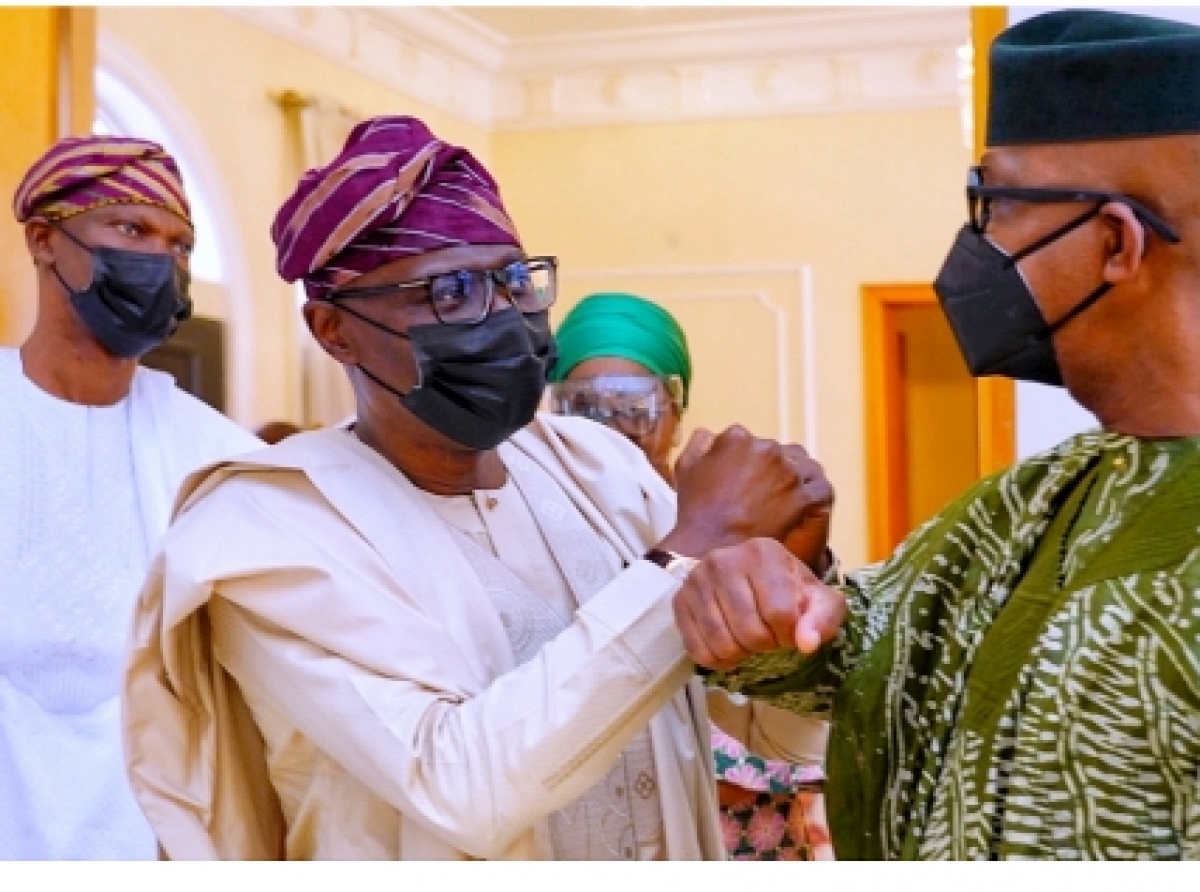 He said it is important for Lagos to be part of the funeral rites of late Abiodun to demonstrate that Lagos and Ogun states are indeed together.

The funeral rites of late Abiodun, who died on Monday August 2 at the age of 89 years has been scheduled for September 6 to 9 in Ogun State.

Speaking during a condolence visit to Governor Abiodun’s family house at Iperu in Ogun State on Sunday, Governor Sanwo-Olu said the deceased lived a good life.

He said: “I am here on behalf of the people and government of Lagos State to commiserate with you and appreciate God for what He has used Papa’s life for. Today, we are thankful and happy that though painful, we are not mourning. We are indeed celebrating the life of Papa Emmanuel Adesanya Abiodun.

“I want to assure you that Papa has gone to rest in the bosom of the most high God. I am sure his fond memories will continue to linger on. I believe and I can see from all the members of the Abiodun family that indeed Baba lived a good life. He was not just a father, he was a teacher in the entire neighbourhood and I am sure he was a disciplinarian. That is the product of what we are seeing here today.”

Governor Sanwo-Olu who was one of the earlier callers to Governor Abiodun shortly after the demise of his father on Monday August 2, prayed that God will continue to give his Ogun State counterpart the knowledge, capability and ability to move his state forward.

“We will continue to join you in prayers and Lagos State will want to be part of the final rites; It is important for us to demonstrate that indeed we are together,” he said.

Responding, Governor Abiodun, who appreciated God for surviving his father, commended Governor Sanwo-Olu and his Ekiti State counterpart, Dr. Kayode Fayemi for finding time out of their tight schedules to commiserate with him and his family.

He said his father lived a humble life and served God with everything in him.