Cruel death has snatched Bolanle Odutola, the last child of late industrialist and Ogbeni Oja of Ijebuland, Chief Timothy Adeola Odutola. Bubble, as the boisterous lady is fondly referred to, died on Monday, 10th August 2020. Her death has since thrown her family, friends and sympathizers into deep mourning. Many variously grieved, describing the fun-loving woman with a pure heart, in glowing terms. Due to her young age, we hear, she will be buried on Thursday, 13th August, 2020, at the Christian Cemetery Irewon,Ijebu Ode. Her obituary indicated that her body will arrive the Odutola Family home, Onibudo House, Ijebu Ode, before the interment. She would have been 48 years old on October 5, 2020. 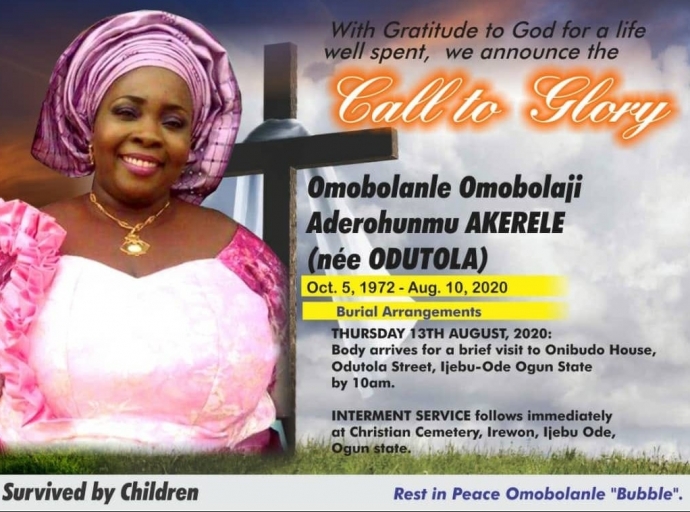 Senator  Kashamu died Saturday at the First Cardiology Consultants Hospital in Lagos, his friend and former colleague at the Senate, Ben Murray-Bruce, confirmed.

“I have just lost my good friend of forever to #COVID19. Until his death, Sen. Buruji Kashamu and I were inseparable. He died today at First Cardiology Consultants, in Lagos. May his gentle soul rest in peace. I pray his family and loved ones the fortitude to bear this heavy loss,” Mr Murray-Bruce wrote on social media

The cause of death was not immediately clear although the former lawmaker had been reported to have been ill from COVID-19, the deadly respiratory infection caused by the coronavirus. Kashamu was the founder of Western Lotto Limited, one of Nigeria’s lottery operators.

He served as the senator representing Ogun East in the eighth National Assembly and for years was wanted in the United States for alleged drug offenses.

King of Fuji, Olasunkanmi Ayinde Marshal is a proud and happy father at the moment. His son, El-Amin Ademola Adio, has just graduated with a First Class 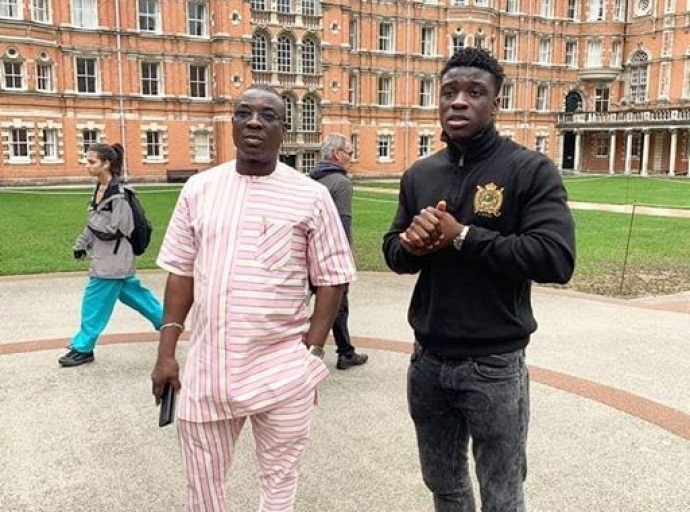 The Ijebuland and Ogun state,has been thrown into great mourning, as one of its sons, 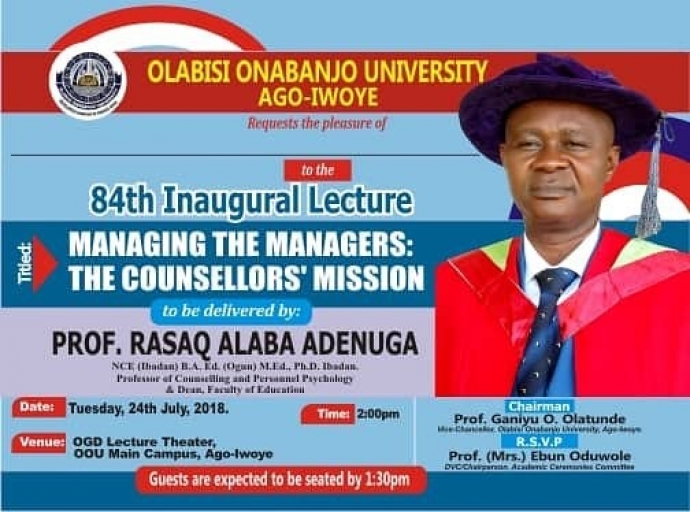 As a columnist, when many people, most of whom you don’t know, send you messages on the same theme, two things usually come to mind. Is this is an orchestrated public relations stratagem hatched by a pressure group? These days, news content is created and choreographed by professional publicists.

Or you wonder if there might be something you have overlooked, and not considered significant. But when you go through the text of the messages, you observe a germ of goodness, that could be of greatest good to the greatest number of people.

When the matter concerns the Ijebu nation, where your family is one of the most prominent, it is difficult for you to ignore some issues: The gist is that some pressure groups think that the Ijebu nation, bar Ijebu Remo, has been neglected by the Nigerian political establishment, in terms of physical infrastructural development and investments.

After the infrastructure and economic investments provided by the Western Region Government, led by Obafemi Awolowo, Samuel Akintola, and some military governors, the only major additions to infrastructure in Ijebu are three flyovers –two in Ijebu-Ode and an uncompleted one in Ìjẹ̀bú Igbo– and a series of uncompleted roads.

The dearth or depletion of infrastructure in the Ijebu nation has negatively affected efforts to effectively run factories that provide employments for the army of idle youths, many of whom have lapsed into drugs, crime, and economic migration.

Industries established by the legendary Timothy Adeola Odutola are almost comatose. SHOKAS Industries Limited, a textile manufacturing company, co-founded by the father of this writer, is idle.

One wonders why Ogun State Board of Internal Revenue, to which personal income tax of the staff of some of these moribund companies were paid, never asked why the PAYE tax cheques stopped coming, in order to tell the state government to find a remedy to revive those companies.

All you hear are intervention loans for certain industries, like the textile intervention, and Anchor Borrowers loan for farmers, as if loan was all that mattered. Infrastructure is key to industry. Take it from someone who has run a medium-sized factory in the face of structural hardships.

You would be justified to ask who the Ijebu have offended to warrant the scale of negligence meted out to them. Some argue that the Ijebu don’t play politics well; that they are too direct in pointing out what may be wrong with the Nigerian state.

In particular, they point to the forthright comments of Oba Sikiru Adetona, Awujale of Ijebuland, especially on the criminal annulment of the June 12, 1993 presidential election, presumed to have been won by Bashorun MKO Abiola.

It’s strange that a people are made to suffer political and economic deprivation because their monarch finds it necessary to speak truth to power, even after the President, Major General Muhammadu Buhari (retd), who has personal grudges against MKO Abiola, has turned around to honour Abiola with the Grand Commander of the Order of the Niger, reserved for Nigerian Presidents.

At the height of agitations for the actualisation of the June 12 mandate, the Awujale was dubbed NADECO Ọba, for, among other things, hosting the National Democratic Coalition activists within the Awujale Palace complex.

Reports indicate that somehow, a railway line that President Goodluck Jonathan planned to pass through Ilese, via Ijebu-Ode, was rerouted away, despite promises personally given by former Ogun State Governor Ibikunle Amosun at a (public) press conference.

The other theory is that the Ijebu are paying for sacking Owu kingdom, during the Yoruba intertribal war days. You then know who the fingers are pointing to with rumours that the Ogun State Government didn’t grant Certificate of Occupancy to enable Aliko Dangote extend his petroleum refinery from Lekki, in Lagos State, to Ijebu Waterside, in Ogun State.

Some experts insist that with the huge deposit of bitumen, or solid petroleum, in Ijebu Waterside, Ogun State should be producing more petroleum than the liquid and gas petroleum fields in the entire Niger Delta. In addition to bitumen, Ijebu has other solid, agricultural and water resources.

Another theory is that because the Ijebu are tenacious and hardworking, and have copious business acumen to achieve whatever they choose, there is no need for the state to help them get along economically.

While it may be true that the Ijebu can achieve on their own, arguments that they don’t need state help negates Section 16(1)(d) of Nigeria’s Constitution, which provides that “The State shall… without prejudice to the right of any person to participate in areas of the economy within the major sector of the economy, protect the right of every citizen to engage in any economic activities…”

Those who want to exclude the Ijebu from their entitlements from the state forgot that the Ijebu nation is within the dysfunctional Nigerian state, and is no longer a standalone country, as it was before the British overwhelmed the Ìjẹ̀bú forces at the Imagbon War of 1892.

The Nigerian leviathan has a limiting, and imperialistic, effect on the capability of practically all the nations within its borders to progress. The nations were subdued and handed over as vassals to the Nigerian state.

Dr. Fassy Yusuf, a columnist with Daily Times, observes that “Lord (Frederick) Lugard (first colonial Governor-General of Nigeria) did the amalgamation (of Nigeria) without involving the monarchs and community leaders of the various components in the Southern and Northern Protectorates.”

According to international politics scholar, Hans J. Morgenthau, “A typical situation that favours imperialistic policies is the existence of weak states or of politically empty spaces that are attractive and accessible to a strong state.”

While one may not necessarily be asking for a balkanisation of Nigeria, there is a need to restructure the polity, to allow currently bridled energies of the peoples to be unleashed, to enable them grow.

What the Ijebu probably need is not for government to establish industries for them, but to provide them with adequate infrastructure, like roads, railways, electricity and water. What the Ìjẹ̀bú, or any other group of Nigerians need, is no more than infrastructure.

When former Ogun State Governor Ibikunle Amosun mooted the idea of closing down Tai Solarin University of Education, at Ijagun, near Ijebu Ode, the Ijebu asked him to desist from such, offering to run the place themselves. You may wish to know that most of the sponsor companies and underwriters of the annual Ojúde Ọba festival are owned and operated by Ijebu indigenes.

An Independent Power Plant, operated by Ijebu private interest and equity, could be allowed to provide electricity throughout the Ijebu nation. The same arrangement should be encouraged to harness the water resources to provide water for domestic and industrial use.

It should be interesting to witness how the Ijebu will utilise an opportunity to exploit the portion of Osun Rsiver and its tributaries within their territory for maritime transport. You will start them on the road to a booming agriculture and agro-allied industry if you hand them the farm settlements within their nation.

If this mess faxing the Ijebu applies to other nations across Nigeria, then restructuring, recommended by a committee of the ruling All Progressives Congress, headed by Kaduna State Governor Nasir El-Rufai, will be the True North of the compass of development in Nigeria. 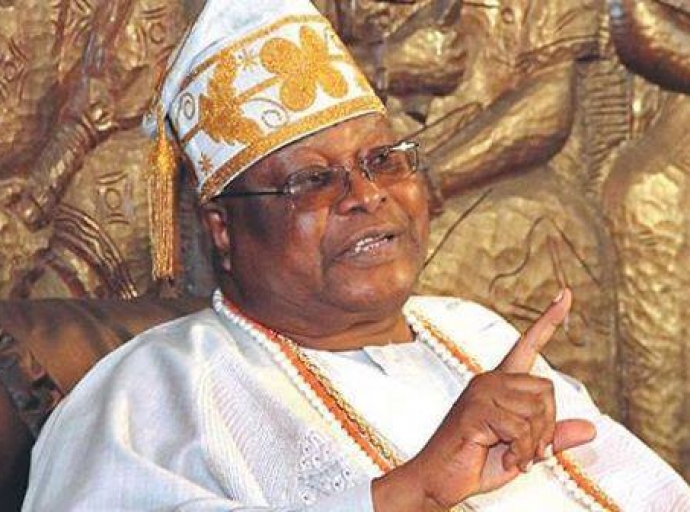 One year after the demise of Oba Haruna Olaoye Abass, the late Beje Roku Oke Agbo,Ijebu Igbo Ogun , at the ripe age of 94 years, 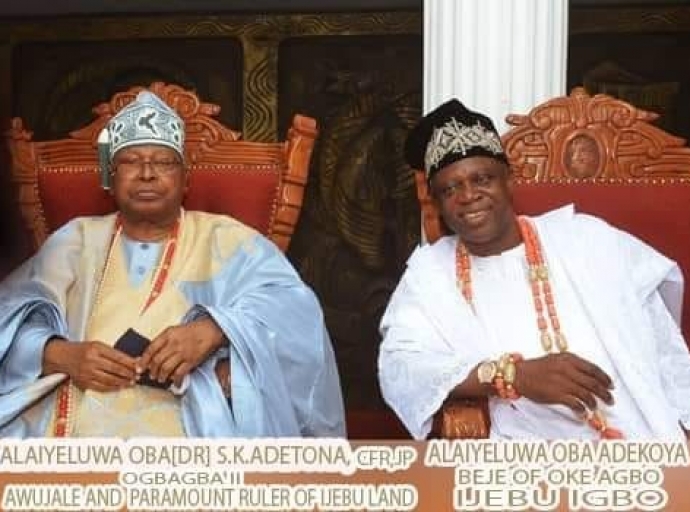 The National Agency for Food and Drug Administration and Control (NAFDAC) disrupted the launch of a COVID-19 herbal syrup in Abeokuta, Ogun state capital, on Thursday.

All seem not well with Egbe Bobagunte, a foremost Regberegbe age-group in Ijebuland.According to a statement on the social media,credited to Gunte Tayo Mabaweje,the group, has expelled Bashorun Olawale Tawak,CEO Sat Tech Generators,and stripped him of his title as 'Bashorun Egbe' for Iack of civility and his penchant for constantly bringing the Association into disrepute at any given time.
In the statement dated Saturday, 1st August 2020 and signed by the Giwa Egbe and Bobaseilu of Ijebu, Otunba Adesanya Yusuf, the decision takes effect immediately as approved by the Giwa-In-Council upon the recommendation by the Disciplinary Committee of the Association in conformity with Article 12 of her constitution.
Continuing, Otunba Yusuf said, " similarly, a 3-man Committee earlier set up by the Board of Trustees (BoT) also recommended the immediate dismissal of Mr Olawale Tawak as a MEMBER of the BoT; a decision which was unanimously endorsed by members of the BoT in line with Article 13c (i-vi) of the Egbe's Constitution which deals with the removal of a member of the BoT".Mr Olawale Tawak having been expelled from the Association can no longer parade himself or act in any capacity on behalf of the association, the statement concluded'.However,all efforts by Ijebu Nation Newspaper,to reach Bashorun Tawak,on the development,didnt yield. 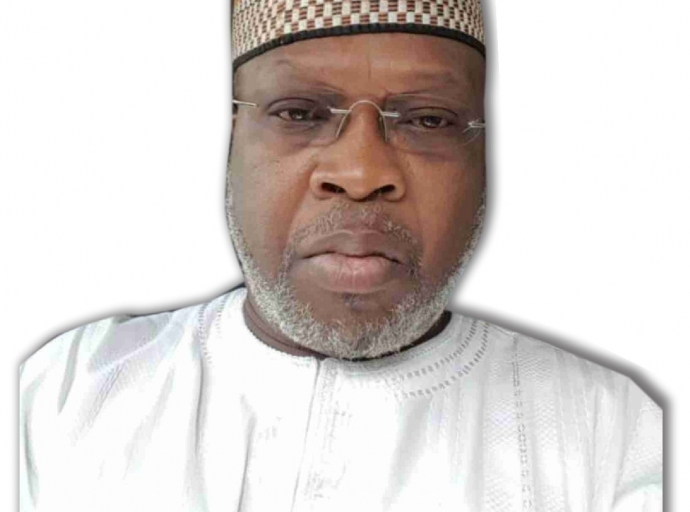 Just like the 2020 Agemo Festival has been cancelled due to the Covid-19 pandemic, Ijebu sons and daughters are not going to experience the famous Ojude 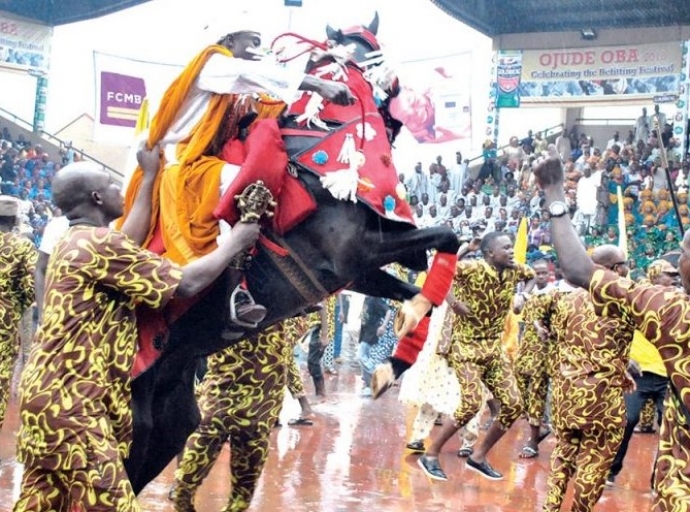 The people of Ibido-Ogbo, in Odogbolu Local Government of Ogun State, would like to refer to an interview which His Royal 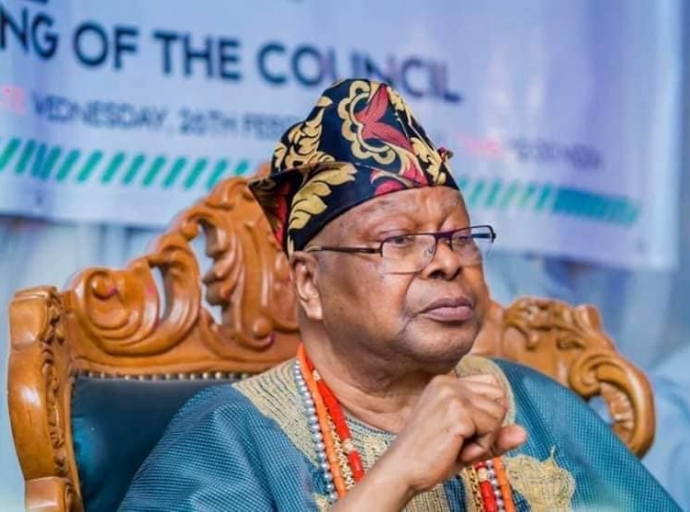